Handwritten Footnotes — Part I: The Fountain

Public recording that happened on August 28th, 2021, in the —under construction— building of the exhibition and residency space Superdeals in Brussels.
Reading and recording by Elísa Lind Finnbogadóttir of texts written by Piero Biselo, Mathieu Guinot, Hrefna Hörn Leifsdóttir and Ulrich Styx.

Handwritten Footnotes—Part I: The Fountain

Some texts are written in restaurants, in planes, or in the countryside. Others are meant to be recorded in a car, in a port or at the bottom of a cave. Sometimes one writes in a café, intending the text to be read in a particular environment — for instance the acoustics of a wooden church shaped like a boat built upside down, such as Notre-Dame de Kerfons, a chapel, which I have recently visited in Brittany. This vernacular structure was built by naval carpenters working on the coast. Inside the building, a ridge beam hangs from the ceiling, sided by curved rafters. Within this arrangement, one feels they are stepping inside a dry abdomen, turning toward the wrong side: our back to the sternum, we are looking at the spine. This is peculiar, you will agree, as we would rather imagine spirituality flowing toward the other way, taking advantage of the design of the ribcage in order to present itself to the Other, to the heavens, through the frontal cartilaginous space — the “open” section between the ribs, underneath the xiphoid process. Never mind our spatial location, we feel like we are walking the wrong way. If this chapel was a gigantic mouth, standing next to the glottis, our body turned toward the inside of throat, would not seem a natural choice, given the design of the space. I would be inclined to think that what we call our “instinct” would prompt us to turn around and face toward the openings linked to the movement of the jaws. I take it that we would spontaneously turn toward the exit, our eyes riveted to the vanishing point at the center of the ellipse formed by the parted lips. Our head like a centerboard in the draught, our gaze would follow the motion of the particles and “instinctively” follow what’s living. These particles, as well as the frequencies emitted by the vocal cords of a mouth A toward a mouth B, would be the vehicle of our communicational experience.
Looking up toward the wooden structure, I thus experience the opposite: I turn my back to all forms of otherness; the space that separates me from it becomes the space of relinquishment. I am the valve of an obstructed bicycle pump; the frame is the buttress at the end of the cylinder. Between the two, a large quantity of air is compressed, a vibratory space in which frequencies emerge, traveling along the curves of the structure. I find myself in a state that’s certainly comparable to what Paleolithic people experienced when they willingly deprived themselves of oxygen to get into a trance.
In order to provide a realistic reproduction of this acoustic experience at the scale of a home studio, the solutions shall be adapted to technical skills and economic capacities. An inventive mind will attempt a 1/200 reproduction of the building; the coastal people will try to acquire a small boat they will place on two trestles, upside down. If the visual reconstitution of this memory is of paramount importance in the reproduction of the acoustic experience, maybe a large enough carcass will be needed in order to cut an opening between the twelfth and the eighteenth rib, if it is a draught horse. Then, the head will simply be inserted, up to the shoulders. In this manner, there is little chance that our neck touches the animal’s sternum, thus causing discomfort, as listening requires a complete attention. In order to recreate the sonic reverberation, carpeting the inside of the abdomen appears necessary so that the sound is less muted, less dull. It appears of equal importance to fix small springs between each vertebra (on the discs) in order to reproduce a slight reverberation, the same mechanical process as the one used on 1960s Fender amplifiers. Choosing the optimal environment for a text is akin to the work of a lyricist. Creating a situation is creating music. 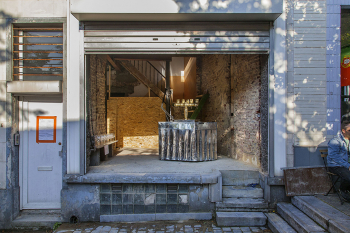 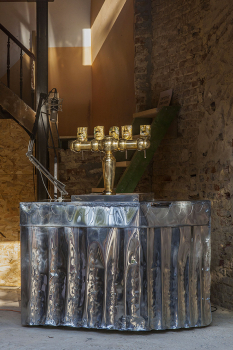 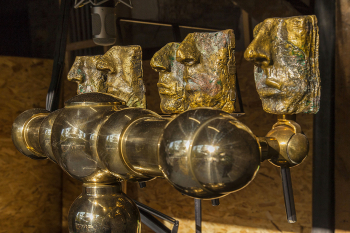 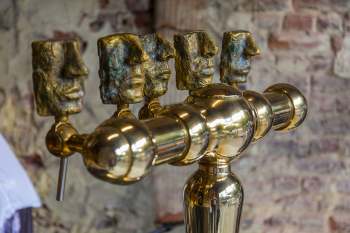 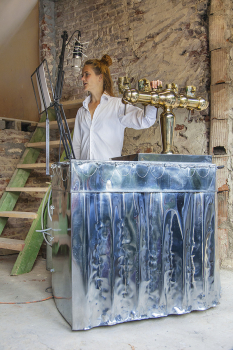 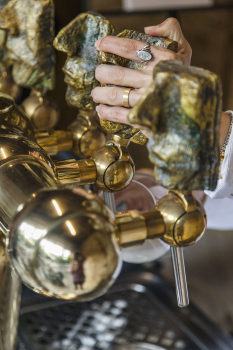 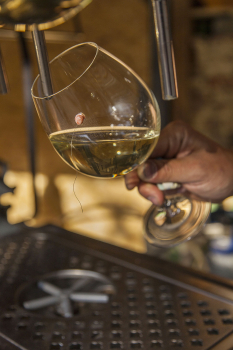 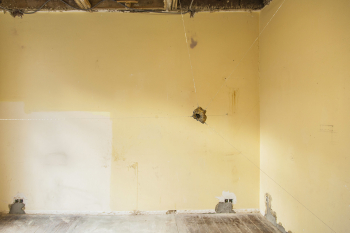 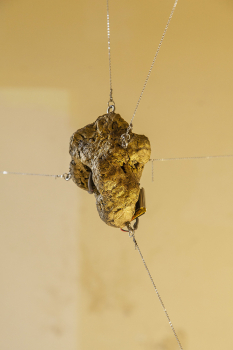 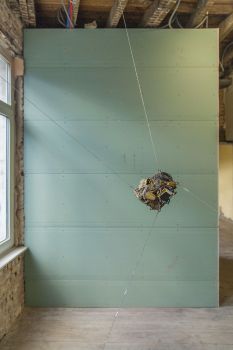 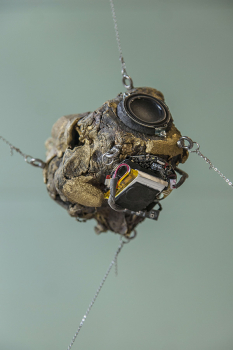 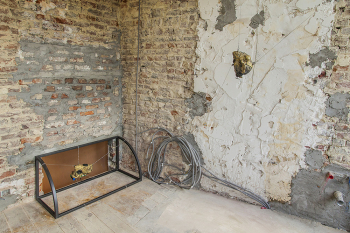 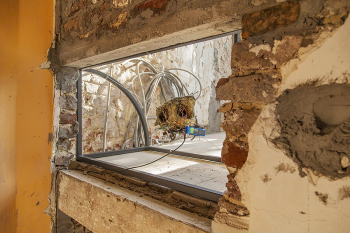 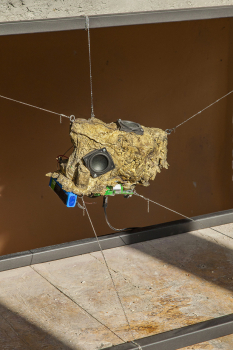 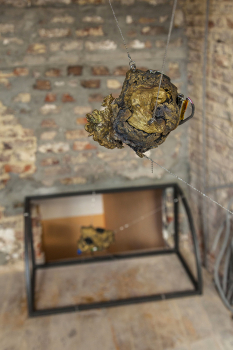 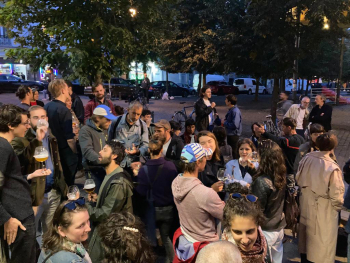 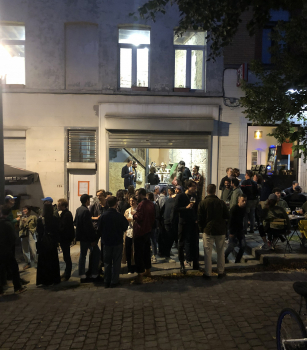 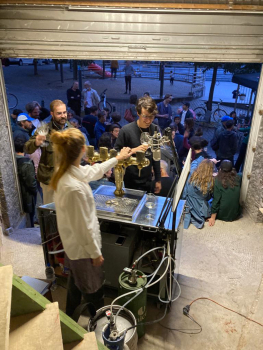 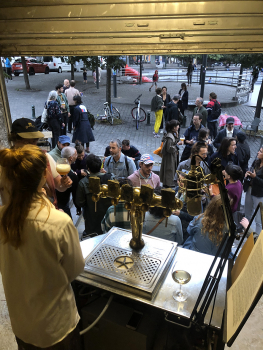 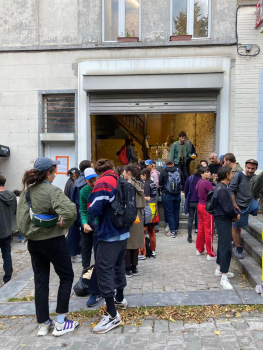